"Leadership for Syria”: Conference at the Federal Foreign Office 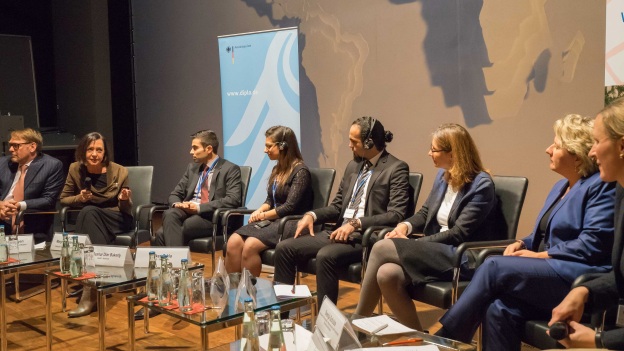 “The potential to rebuild Syria”: DAAD President Margret Wintermantel speaks during a panel discussion in the World Hall at the Federal Foreign Office (AA)

Over 200 Syrian scholarship holders filled the World Hall of the Federal Foreign Office in Berlin. Young people with outstanding talents, who were selected from a large number of applicants and “who have the potential to benefit from our educational offers and rebuild Syria,” as DAAD President Prof. Margret Wintermantel emphasised during the panel discussion entitled “No lost generation in Syria – integration, prospects, zero hour”. At the same time, Wintermantel expressly pointed out how important the scholarship holders’ right to decide what they wish to achieve with their capabilities is to the DAAD. The 90-year history of the DAAD also stands for fostering an open-minded society, for tolerance, participation and rule of law. “We consider it essential that the young people sharpen their powers of judgement – a basis that will allow them to participate in the political discourse.” 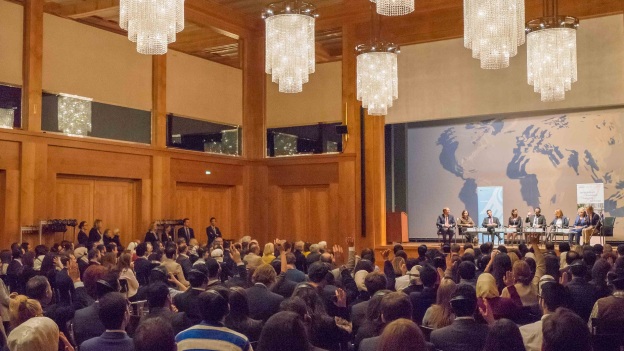 ​Considerable interest: Beside the Syrian scholarship holders, representatives of politics, business and media also took part in the conference

For a “new Syria”

“We are delighted that you have arrived here,” said Federal Foreign Minister Dr. Frank-Walter Steinmeier, addressing the scholarship holders. In his speech, the minister touched on the migrants’ plight, but also expressed his joy that the scholarship holders started their studies in Germany “with so much ambition, courage and optimism”. Steinmeier thanked the DAAD for its commitment to the Syrian scholarship holders and emphasised: “We need many hands and minds to contribute to the country’s reconstruction.” There was recently a first “small ray of hope” during the Vienna peace talks for Syria “that we are easing the conflict in Syria”. This hope must be retained – also in light of dramatic setbacks, such as the shooting down of a Russian warplane by the Turkish air force reported on the day of the conference. 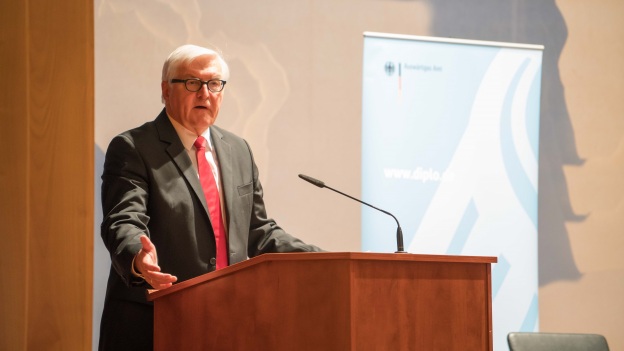 The reconstruction of Syria was also the subject of one of five workshops held during the conference. The scholarship holders considered a variety of topics during an impressive discussion – from rebuilding the health care system through fighting corruption to calling for a ban on political and religious influences on universities. “The new Syria should be better than the old one,” was one of the commonly formulated demands. It also became clear during the discussion round that many of the scholarship holders actively help in Germany by working as interpreters in refugee camps for example. At the start of the conference at the Federal Foreign Office, DAAD Secretary General Dr. Dorothea Rüland underlined the enrichment of Germany by the Syrian scholarship holders: “We hope that you will assume an active role as bridge builders.”

A unique opportunity for integration

Dorothea Rüland illustrated how keen the DAAD is to integrate refugees into German universities – just a few days before the conference, the DAAD presented a comprehensive package of measures funded by the Federal Ministry of Education and Research (BMBF) intended for refugees to gain access to academic study in Germany. According to Rüland, the Syrian scholarship holders’ time in Germany is “a unique opportunity to make a concerted effort to put integration into practice at German universities”. We should regard the scholarship holders as “knowledgeable and experienced advisors and contributors to politics [...] whom we should listen to very attentively”.

The conference at the Federal Foreign Office also allowed time for this. Two scholarship holders in the DAAD “Leadership for Syria” programme participated in the final panel discussion, namely Balkes Takla, a business informatics student at the University of Osnabrück, and Mustafa Karahamad, a political science student taking the “Roads to Democracy(ies)” programme at the University of Siegen. “Every scholarship holder can be a mentor,” said Balkes Takla with regard to the role of scholarship holders as promoters of integration. The students of the “Leadership for Syria” programme also had to find their bearings in Germany at first. “We are integrated into German society far more now.” 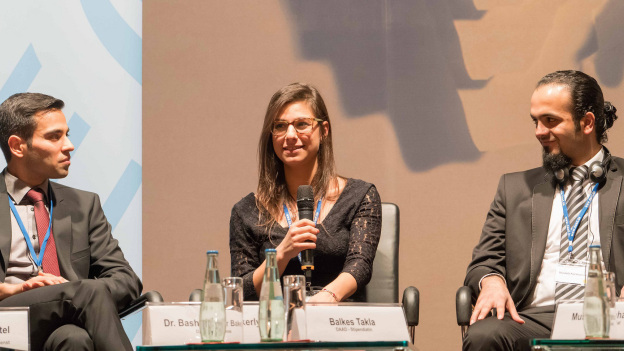 Svenja Schulze (Minister of Innovation, Science and Research, North Rhine-Westphalia), Dr. Simone Schwanitz (Director of the Ministry of Science, Research and the Arts, Baden-Württemberg) and Dr. Bashar Diar Bakerly (DAAD alumnus and former scholarship holder of the Elite Network of Bavaria) also emphasised the significance of participation and integration during the panel discussion. Dr. Andreas Görgen (Director-General for Culture and Communication at the Federal Foreign Office) said that “the scholarship holders are also citizens with responsibility”.

Mustafa Karahamad agreed with this and expressed the scholarship holders’ wish not to be reduced to their experiences as victims of war or refugees: “We want to be normal students.” The DAAD is committed to enabling the freedom of self-development that is not a matter of course to them. This can also be considered a contribution to an “open society”, as Margret Wintermantel said during the panel discussion, “in which democratic values are honoured”.

“I want to use this opportunity”: Presentation of the “Leadership for Syria” programme in DAAD Aktuell