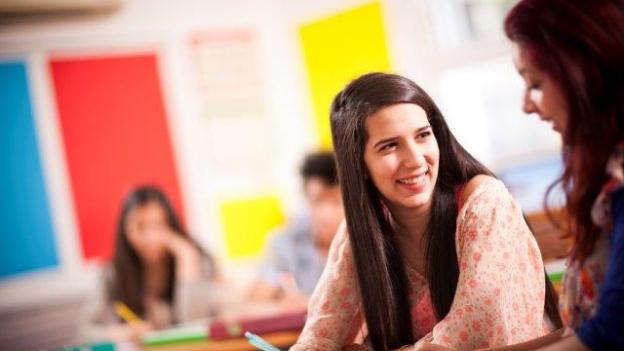 A valuable new start: The HOPES programme is aimed at Syrian students forced to break off their studies due to flight or displacement

Hope through education: In the coming years, the “Higher and Further Education Opportunities and Perspectives for Syrians” (HOPES) programme financed by the EU’s “Madad Fund” will award more than 300 full scholarships as well as provide opportunities to take part in short-term study programmes and language courses to Syrian refugees based in Turkey, Lebanon, Jordan, Iraq and Egypt. Dr. Carsten Walbiner, Programme Director of HOPES, manages the programme from Amman. In an interview marking the programme’s official launch, he spoke of the importance of the exchange with the European partners – the British Council, Campus France and Nuffic – and what HOPES seeks to achieve for Syrian scholarship holders.

Dr. Walbiner, the HOPES programme is aimed at Syrian students forced to flee to other countries in the Middle East. What does the programme seek to achieve?

Carsten Walbiner: HOPES primarily seeks to enable young Syrians to obtain a qualification despite being forced to break off their studies. In a first, entirely human reaction, they were mainly seen as refugees. There must now however be a shift to viewing them as students and answering relevant questions. We are very confident that we will succeed in selecting the most suitable applicants. This will allow HOPES to contribute to the reconstruction of Syria in the long term, but also to boost the acceptance of refugees in the countries of the region. Every university is pleased to gain committed students.

Within the scope of HOPES, the DAAD is in particular responsible for providing comprehensive academic guidance to Syrian applicants and their placement in suitable educational programmes. Do you also place emphasis on specific subject areas?

In line with the DAAD’s fundamental approach, we have decided not to limit the range of subjects. We point out however that certain subjects, such as engineering as well as social disciplines, are naturally of particular importance in the reconstruction of a society devastated by war. In our experience, it is not wise to generalise though. Many examples illustrate that individuals from other disciplines can also contribute significantly to social development. Take for example the Protestant theologian Mitri Raheb who founded a college in the Palestinian territories and achieved so much with regard to practice-oriented education. We will strive to prevent any imbalance between disciplines during the selection of scholarship holders. Let me put it this way: a country cannot be rebuilt with outstanding philosophers only, but excluding philosophers from the start would also not be right in our opinion.

What role do social criteria play in the award of scholarships?

Academic performance remains the decisive criterion, as this is critical to success in this respect. At the same time, HOPES is a special programme aiming to prepare for the reconstruction of Syria. Academic aptitude cannot therefore be the sole criterion for selection. We shall also take into account what motivates applicants to contribute to the reconstruction of Syria. Applicants from disadvantaged families should also be given a chance. There are huge differences in the personal circumstances and misfortunes of the refugees. We shall consider these carefully, where necessary with involvement of social workers. Priority will be given to the less privileged applicant if aptitudes are equivalent. We will not be doing anyone any favours if we attempt to compensate for a lack of academic qualification though. It won’t do anyone any good if students have to drop out of university after a few semesters, because they can’t cope.

To what extent does the DAAD benefit from its experiences in the countries of the region with regard to the HOPES programme?

In addition to experience in the Middle East and specifically in Turkey, the DAAD also has a very good regional structure. We have an office in Cairo, information centres in Amman, Beirut and Erbil as well as two information centres in Turkey (Ankara and Istanbul). Our institution is therefore represented in all five of the HOPES project countries. We also have valuable experience in project management in the region. Our advantage is not merely limited to having a few German colleagues based there. The DAAD particularly benefits from the networks that it has been able to develop over the past few years – both in the field of higher education and in the administrative and governmental sectors. A project such as HOPES could probably not be achieved without this background of personnel and project-related experience. Yet many questions remain, such as regarding the selection of applicants: Who is able to resume university studies? Are the documents submitted actually the original documents? We have to make sure that the person submitting the documents actually has the knowledge asserted or stated therein.

The DAAD implements all measures within HOPES together with its partners the British Council, Campus France and Nuffic. The European cooperation appears to work very well here – something that cannot be taken for granted in the refugee crisis.

Experience and trust developed on this basis also play a major role here. The British Council, Campus France and Nuffic in the Netherlands may differ from the DAAD in terms of approach and structure, but we have worked closely with our European partners for a long time now. We know who we are dealing with and respect one another. HOPES for instance benefits from our French colleagues’ traditional ties with Lebanon and their exceptionally high acceptance among the Lebanese public and society. Education has become a transnational undertaking and the joint action of different partners is a matter of course. It is moreover evident that the demand for scholarships among qualified individuals in the Middle East far exceeds the available offers. HOPES could become a lasting role model for European cooperation.

Press release: DAAD enables Syrian refugees in the Middle East including Turkey to study in the region