“Going Global” in Cape Town: Forum of the Academic World 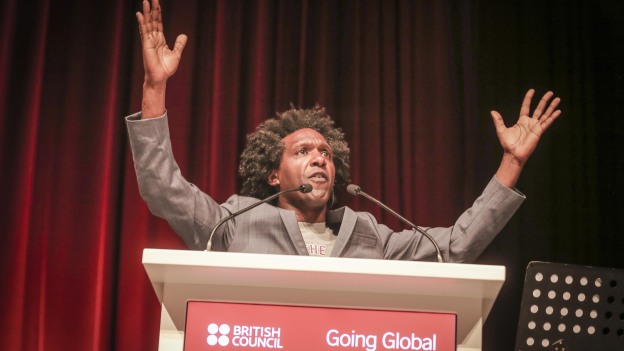 British Council – Invitation to an exchange: the poet Lemn Sissay, Chancellor of the University of Manchester, at the opening of the Going Global Conference 2016

The name says it all: the Going Global Conference staged by the British Council brought together international experts for three days of debates on global strategies in higher education. The DAAD was involved in many of these and also created a stir with a new study on PhD training in Africa.

“Meeting here really makes you feel like ‘Going Global’!” With these words Deputy ASEAN Secretary-General Vongthep Arthakaivalvatee expressed just what many participants were thinking at this year’s Going Global Conference. South Africa’s Cape Town, a stone’s throw away from the harbour with the famous waterfront, provided the perfect backdrop for debating the internationalisation of higher education. 800 participants from 80 countries reaching from Afghanistan to Zimbabwe did justice to the name of this expert-studded event. It marks the first time that the British Council has staged the conference on the African continent, with over a third of the education specialists coming from Africa.

Networking of the World’s Regions

How can higher education institutions cooperate more closely across national borders? What opportunities and challenges arise from international networks? Can poorer countries also benefit, for whom the United Nations has previously especially emphasised the significance of primary education? These and many other questions were hotly debated in the meeting rooms and corridors of Cape Town’s modern conference centre. The role model repeatedly cited was the Bologna process in the European Union which seeks to harmonise study courses and student degrees within the EU. These are experiences other world regions now seek to benefit from. 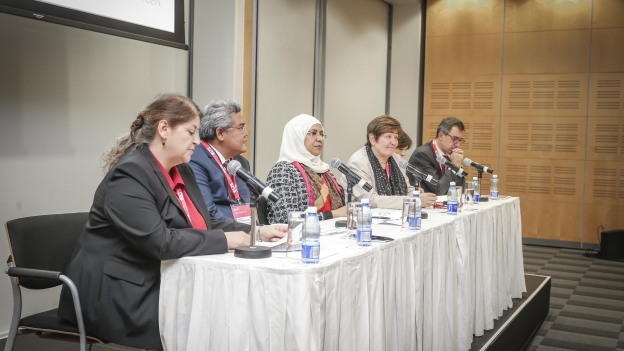 “Nowadays no study system in the world can be seen in isolation”, said Susan Milner, Education Director at British Council China, sitting on a panel of experts dealing with questions on cooperation in various regions. According to Milner, it was not just the exchange between students that had meanwhile become commonplace. Higher education policy had now become an indispensable part of the international relations between nations. A recent case in point was presented by DAAD Secretary-General Dr. Dorothea Rüland, speaking of the EU initiative SHARE in South-East Asia (European Union Support for Higher Education in ASEAN Region) which was initiated in 2015. As part of a consortium, the DAAD – and likewise the British Council as consortium leader – seek to support the South-East Asian universities in ensuring a higher quality of academic training and promoting interrelations between higher education institutions and relations with institutions in other regions. The ten ASEAN countries currently provide education to over 15 million students at more than 6,000 higher education institutions. The EU also funds 500 scholarships via SHARE; the majority of these are earmarked for study visits within Asia. It was not a matter of creating identical higher education landscapes in the individual countries, clarified Dorothea Rüland, speaking in Cape Town. But the systems had to be comparable and complement each other, she explained. This was the only way a region could attract more attention to itself and become more competitive, she argued. No small task: the DAAD Secretary-General reminded participants that the Bologna process had commenced as long as 17 years ago, and that the reform process was still continuing. “This took many efforts, financial support, a readiness to cooperate, and concessions at various levels. It was not, and is not, a simple process.”

ASEAN representative Arthakaivalvatee pointed to the enormous differences between the countries of the region. Nevertheless the governments in question had committed themselves to establishing a community with a common vision. ASEAN includes economic powerhouses such as Singapore and Malaysia but also poverty-stricken countries such as Cambodia or Laos. This makes the search for a universally applicable recipe for success extremely difficult. Nevertheless, argued Dorothea Rüland, lessons learned could be drawn from experience gained in the EU. For example, a harmonisation of study conditions must not be dictated from on high and must develop on a voluntary basis, she explained. She pointed to the importance of taking all stakeholders into account, especially those primarily concerned: the students.

An impressive insight into what obstacles need to be overcome in practice was provided by Karen Imam, Director of BINUS University in Indonesia. She began by drawing attention to the many languages and dialects existing in the ASEAN region. She also pointed out that higher education institutions cannot be treated as a separate issue from lower educational levels. A grammar school in Cambodia did not necessarily have the budding students sought by a higher education institution in Singapore, she explained. Initiatives like SHARE must not limit themselves to top-grade institutions, where students anyway already have the opportunity to be very internationally mobile, she added. “We must consider how to also reach other less privileged institutions.”

Another topic discussed in Cape Town was the question of why Africa still has a marginalised position in the world of academia – for example due to a lack of international networking. In addition, South Africa also has several renowned higher education institutions and great expectations are placed in new research projects such as the “Square Kilometre Array”, a giant, internationally funded radio telescope, for example. But in terms of the number of doctoral theses, even the most developed African economy lies far behind other emerging countries such as Brazil.

This is the specific focus of a survey just commenced by the DAAD and the British Council. “Africa is seeing the establishment of one university after another, but the number of PhD students, lecturers, and professors is not keeping pace with developments”, explained Dr. Helmut Blumbach, Director of the DAAD Regional Office in Nairobi, the DAAD’s regional office for sub-Saharan Africa, speaking at the Going Global Conference. To analyse the causes of this, the study’s authors seek to make a detailed examination of six African countries over a ten-year period. “We have to gain a better understanding of the challenges faced in these countries. This is the only way we can develop innovative solutions and work towards establishing partnerships with foreign higher education institutions.”

Several obvious factors were already broached at the conference, such as the difficult financial situation of students or the lack of research facilities and funding. Many families exerted pressure on the children to complete their studies as quickly as possible and enter working life, said Professor Fatima Batul Mukhtar, Rector of the Federal University Dutse in Nigeria. Women are often denied access to higher education institutions in their own country, she added. And the best high-school graduates went abroad to do their doctoral theses in the hope of improving their career opportunities, she explained.

Commitment to the Future

After three days of debates in Cape Town, one thing has become clear: internationally networked higher education systems are indispensable when it comes to preparing the young generation for the future and preventing the gap between industrialised countries and developing countries growing even wider. And yet there are still enormous challenges to be overcome, meaning that international education experts will need to continue their commitment to conducting exchanges – doing so again at the Going Global Conference in 2017.