Conference at the German Studies Centre of Peking University: Chinese-German perspectives regarding flight and migration 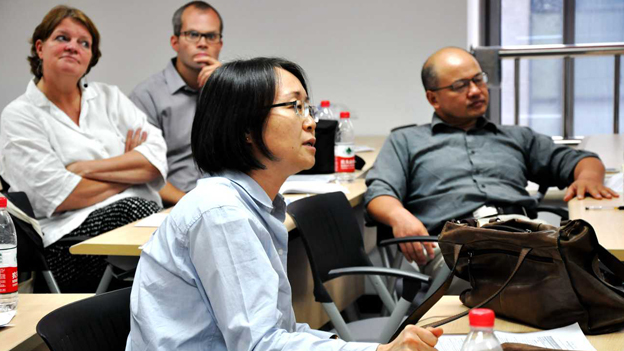 The topics of the big annual conference at the German Studies Centre of Peking University in 2016 focussed on flight, migration and integration. Another important step in the cooperation with the Humboldt University and the FU Berlin – and part of the extensive networking activities of the Centres of German and European Studies supported by the DAAD worldwide, which can celebrate a special anniversary this year.

Many people in Germany and all over the world are currently concerned with the subject of flight and migration. This was also demonstrated by the interdisciplinary conference at the German Studies Centre of Peking University in mid-September, which was attended by about 25 German, Chinese and Austrian academics working in fields such as the legal, social or economic sciences and the humanities. “The way the refugees are handled by Germany and the EU is followed closely in China”, says Benjamin Langer, who directs the Coordination Office of the German Studies Centre at the FU Berlin. Migration and integration have become more important and a matter of public interest in China itself as well. China and Germany came first and second in the “Refugees Welcome Index”, which analyses the willingness of the respective population to take on refugees, published by Amnesty International in May 2016. 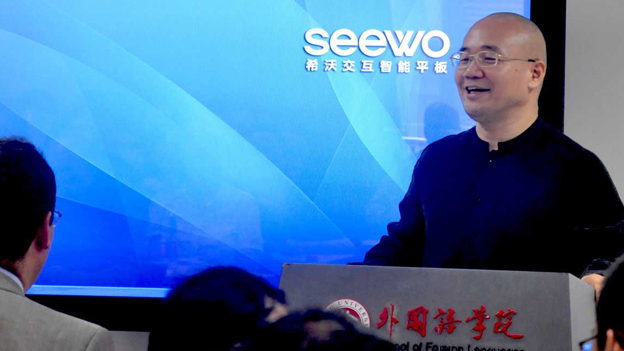 “Great topicality of the subject of the conference”: Professor Liaoyu Huang, director of the centre

The talks by the Chinese academics at the public conference mainly focussed on Germany and Europe. They contributed their expertise on a wide range of subjects and in German. These included integration of Moslem refugees, the crisis of European democracy from the perspective of the refugee crisis, or the impact of the influx of refugees on the German economy. “The views presented by the scholars in Peking were very differentiated,” reports Benjamin Langer. The German participants in the conference (from Humboldt University and FU Berlin) for example lectured on flight and migration as a challenge for criminal law or the effects of migration on the German language in the Kreuzberg area of Berlin. 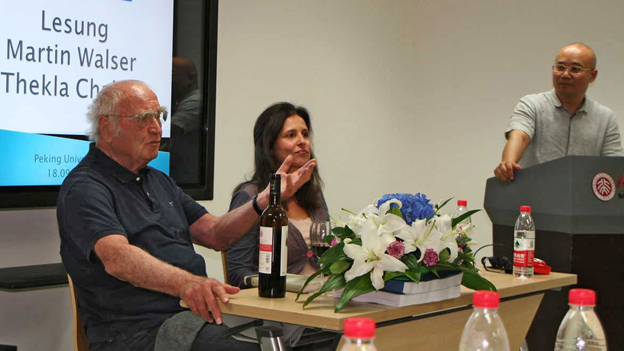 “The current so-called refugee crisis may be a challenge, the effects of which cannot be clearly estimated at the moment. When considered from a long-term global-historical perspective however, it is not singular and certainly appears manageable,” Langer sums up the conference. The conclusion drawn by Professor Liaoyu Huang, who has directed the centre since 2013, was also positive: “Apart from highly interdisciplinary lectures and dialogues as well as lively discussions, the conference was characterised by the great topicality of its theme.” It was furthermore exceptionally well attended despite numerous other events taking place at Peking University at the same time and many people still travelling after the Chinese Moon Festival. The director of the German Studies Centre, currently translating the novel “Ein sterbender Mann” (“A dying man”) by Martin Walser from German to Chinese, also provided the cultural highlight at the end of the conference: together with Walser and his co-author Thekla Chabbi, he discussed the novel as well as Chinese-German relations with regard to literature.

As a teaching and research institution, the German Studies Centre conducts interdisciplinary German studies and organises an annual scientific conference. A novelty this year was that participants also included doctoral candidates and academics who had only recently obtained a doctorate. “That was certainly a plus,” concludes Benjamin Langer. The young academics made use of the opportunity to attract attention to themselves and establish contacts to other experts on Germany. Many of the lectures held during the conference are also to be made accessible to a broader public, by means of a serial publication in Chinese together with German abstracts, called the “German Studies of Peking University” (“Deutschland-Studien der Peking-Universität”).

The centre in Peking is one of 20 Centres for German and European Studies supported by the DAAD with Federal Foreign Office (AA) funds worldwide. The subject of the conference is in line with the current focus of DAAD work. The DAAD set up a special unit for higher education programmes for refugees in 2016, and many Centres for German and European Studies concern themselves with the topics of migration and flight at conferences and in research projects. Early this year academics at the centre in Haifa for example discussed the challenge faced by Europe, while the North American centres in Toronto and Berkeley have been focussing on issues related to migration and flight for many years. In mid-December, a conference is taking place at the Centre for German and European Studies in Seoul, at which the key topics will be migration, flight and the identity of Europe. “The decisive added value of these centres is that international scholars can discuss topics in a multilateral and interdisciplinary context,” says Christian Strowa, DAAD Team Leader of the centres. This also facilitates a multifaceted consideration of the refugee situation, from which Germany can also learn much. 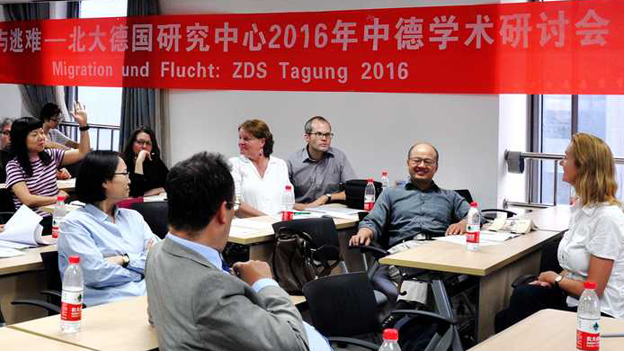 The 2016 conference provides another excellent opportunity for sharing this scholarly expertise, while at the same time celebrating the 25th anniversary of DAAD's support of the centres. Directors of centres, lecturers and young academics are expected at the BMW Centre for German and European Studies at Georgetown University in Washington in December at an event presenting panels, lectures and discussions about various subjects including refugee policy. With participants from over twelve countries, the conference offers a chance to demonstrate the multilateral approach of the network of centres through current topics.

Centres for German and European Studies

“A world tour”: Series on the anniversary of the Centres for German and European Studies (in German)