Exceed conference: flight and migration in the field of a global network 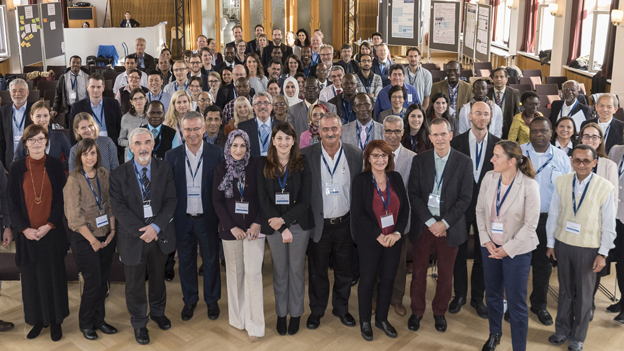 With the "exceed" program, the DAAD is funding academic excellence and international cooperation in exceptional dimensions through funding from the German Federal Ministry for Economic Cooperation and Development (BMZ): Five German universities are cooperating with 37 partner institutions in Africa, Asia and South America. The value of this exchange with regard to the topics of flight and migration has now been elucidated by a conference in Berlin.

Flight and migration - these topics have dominated the headlines at the latest since summer 2015. The UN Refugee Agency (UNHCR) currently counts more than 65 million people who are fleeing the world - mainly in their own country. But what are the causes of migration and how are military conflicts and water deficits related? Is a dignified existence possible in refugee camps? How do host countries deal with the influx of refugees and what is the responsibility of the international community?

These questions were at the center of the conference "Forced Migration - Environmental and Socioeconomic Dimensions" organized by the five German universities of the DAAD program "Hochschullexzellenz in der Entwicklungszusammenarbeit - exceed" in Berlin on 19 and 20 October. The TU Braunschweig, the LMU Munich, the TH Cologne and the Universities of Kassel and Hohenheim, together with their 37 partner institutions in Africa, Asia and South America, form a network that the DAAD has been funding since 2009 - funds from the German Federal Ministry for Economic Cooperation and Development (BMZ). 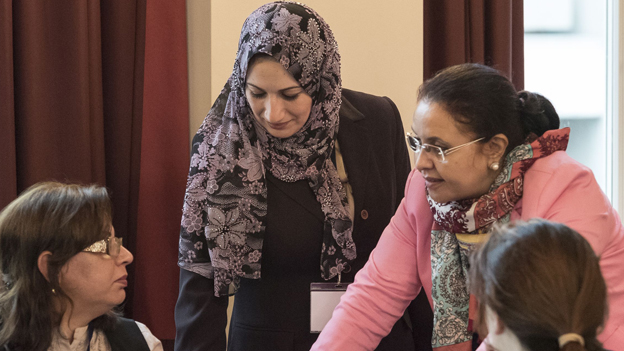 In the search for answers: pressing questions of the present were discussed in Berlin by the conference participants

An essential strength of the exceed network is that its members have a differentiated view on global issues. This was also demonstrated by the Berlin conference and the invited speakers. For example, Dr. Benjamin Schraven, a social scientist from the German Institute for Development Policy (DIE), made it clear that the current peak in refugee numbers was due to armed conflicts, such as in Syria or Iraq, but that causes of flight were generally more complex. This also has to do with climate change: the probability of flooding and droughts has increased. This in turn has implications for nutrition: fertile soils for agriculture and pasture land for livestock are becoming scarcer - a reason for flight and displacement.

How different causes of escape interact, Professor James B. Kung'u of the Kenyan Kenyatta University presented using the example of cattle-breeding nomads in the north of his country. Due to the drought, they compete for less and more grazing land and water bodies. This leads to displacement, flight and conflicts, which are exacerbated, because cattle farmers from nearby Ethiopia cross the border to Kenya due to water scarcity and because weapons come from Sudan and Somalia, neighboring countries that have been suffering for decades under armed conflicts.

Time is running out

Professor Bülent Topkaya predicted another dramatic development for the world's most arid region, the countries of the Middle East and North Africa. A large portion of the fresh water is used there for the irrigation of fields. If the economy fails to save water in agriculture, the future looks gloomy: "In the year 2030, people will suffer absolute water deficiency in most countries in this region," Topkaya said. According to the conclusion of the Turkish environmental engineer from the Akdeniz University in Antalya, "water scarcity will possibly be the driving force for migration in the next decade". 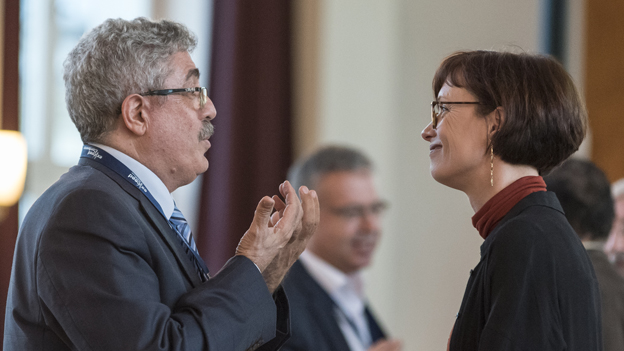 In the dialog: The exceed conference brought together scientists across many disciplines

The countries in the region are already struggling with the dramatic consequences of flight and migration. In Lebanon, refugees are now one-fifth of the total population. Over half of them are children. Professor Nahla Hwalla from the American University of Beirut has found in a case study that more than 80 percent of these children suffer from malnutrition. With a school nutrition program initiated by the scientist, the calorie intake as well as the protein intake of pupils could be improved.

On how the living conditions in refugee camps can be sustainably improved, Manal Ali, a PhD candidate at the Technical University of Braunschweig, made a suggestion. With the construction and operation of a sewage treatment plant, waste separation and the production of biogas from sewage sludge, she wants to solve the urgent wastewater and sewage problems and at the same time provide refugees with training and jobs. As demonstrated by the example of the Jordanian refugee camp Zaatari, the hosting population would also benefit because the labor market would be relieved, and the facility would continue to operate if the refugee camp was dissolved. In order to further develop the concept, scientists from TU Braunschweig are currently seeking funding.

The exceed conference, to which over 120 scientists from all over the world had traveled to Berlin, also made it clear where research on migration can become even better. "We need to involve the affected ones even more so that we can draw the right conclusions," said Professor Lars Ribbe of the TH Cologne. Just as important as the local level are the political control instruments. Thomas Gebauer, managing director of the aid organization medico international, encouraged to take the structural reasons for flight into view. This also includes international trade policy. Small-scale farmers in the countries of the South would also be forced to flee because they themselves do not have any chance on local markets in the face of industrially produced cheap goods - chicken wings from the Netherlands or tomatoes from Italy. 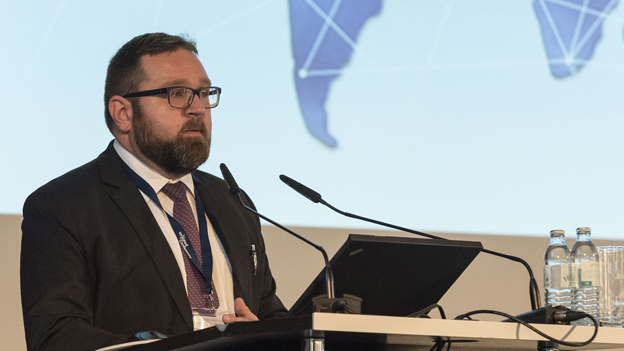 DAAD Division Manager Stefan Bienefeld: Looking at the future of the network

Stefan Bienefeld, Director of Development Cooperation and supra-regional Programs at the DAAD, underlined in the concluding panel discussion that in Germany the view on the issue of flight and migration had changed with the current refugee crisis - and the importance of local help was also recognized. The German Federal Ministry for Economic Cooperation and Development had taken several initiatives at the same time. The chances that the research will continue in the world-wide exceed network are certainly good, as Stefan Bienefeld assured: "There are conversations about continuing the exceed program beyond 2019."