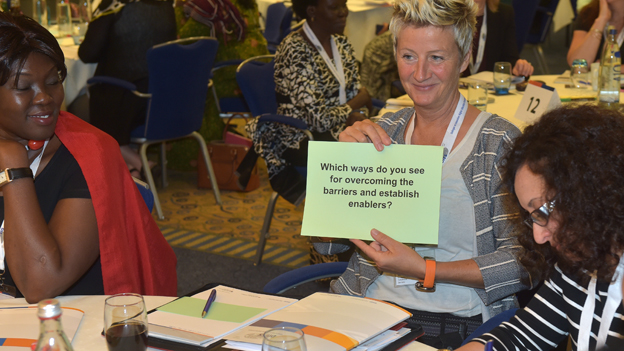 “We’re all in the same boat”. This realisation by the participants of a large gender conference in Bonn was encouraging. Over two days, academics from all over the world discussed the barriers faced by female management staff in the higher education sector. An international network is helpful precisely because the problems are similar all over the world.

A conference entitled “Female Leadership and Higher Education Management in Developing Countries” in Bonn brought together 120 predominantly female guests from 35 countries to discuss the challenges facing women in higher education institutions. Representatives from educational and research institutions, equal opportunities experts and academics attended the conference, which was coordinated by the DAAD and the German Rectors’ Conference (HRK) within the framework of the Dialogue on Innovative Higher Education Strategies (DIES) programme. Around 400 applications alone had been received for the 20 experience reports, to be used for gender equality, that were presented in Bonn in the form of poster presentations. This was proof of the important role played by the exchange of ideas, said Dr Anette Pieper, Director of the Projects department at DAAD, in her welcome speech.

Anette Pieper: There is still a great deal more to be done

Pieper also spoke about the situation in Germany, stating that “We are not a role model”. With women comprising only 22 per cent of professors, there was still a great deal more to be done in the German higher education sector, she said. Iris Danowski of the HRK called for change at management level, pointing out that only 17 per cent of higher education management roles were occupied by women. “We need more diversity among staff and greater equality,” said Danowski.

Gudrun Chazotte, who is responsible for the newly created “Gender” programme line within the DIES, presented the results of an expert workshop and a study by the Fraunhofer Institute (Fraunhofer IMW) commissioned by the DAAD. The female managers and gender experts surveyed from Africa, Asia, Europe and Latin America had been surprisingly unanimous in their assessments and recommendations, said Chazotte. Irrespective of their origin, they named institutional reforms, mentoring programmes, management training, visits abroad and networking opportunities as key measures to combat discrimination. 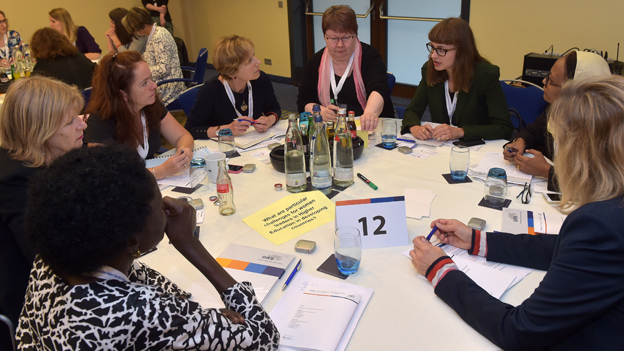 Professor Christine Dranzoa, Vice-Chancellor and co-founder of Muni University in Uganda, reported on experiences in a country in which political structures, financial problems and traditional gender roles prevent young women from gaining access to higher education. She stated that the lack of equal opportunities was a global problem. “We’re all in the same boat,” said Dranzoa. Beate Schücking, Rector of Leipzig University, complemented Dranzoa’s keynote speech with her views on the “glass ceiling”, which she said often kept qualified women from rising to senior management positions. Schücking said that, in her experience in Germany, the standing of female university managers was more fragile than that of her male colleagues, pointing out that women had a tendency to be questioned more, paid less and needed to be tougher. However, Schücking also named several successful political incentives, such as parental leave for fathers.

To reinforce the exchange between speakers and listeners, the participants engaged in discussions around their tables after each agenda item and described their experiences of structural barriers and global solution strategies. Shifrah Lukwago, also from Uganda, reported on Ugandan men’s custom of stopping women from reading in order to prevent them developing their own sense of autonomy. Professor Oluwatoyin Odeku, who has set up a mentoring programme at the University of Ibadan in Nigeria, said: “We need more support on the way up”. Many of the participants shared the experience of people switching off as soon as feminism was mentioned – rejection and prejudices were global and extensive. 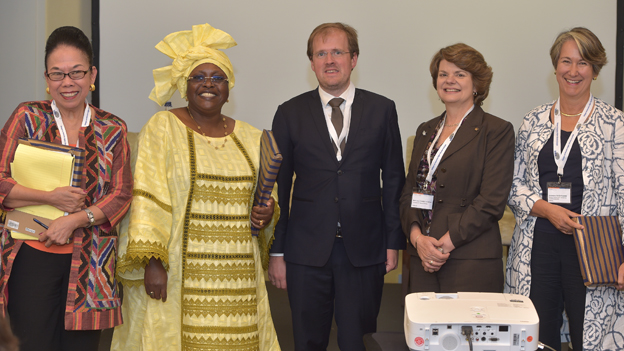 In a panel discussion made up of participants from different countries, academics in managerial positions discussed the ways in which greater equality could be achieved. Dr Patricia Licuanan, who has the rank of Minister and is Chair of the Commission on Higher Education (CHED) in the Philippines, called for a feminist movement that encompassed both the wider population and those at managerial levels. Representing the Guatemalan higher education system, María Luisa Durando de Boehm of Universidad del Valle de Guatemala pointed out the importance of having direct access to education, including in rural areas. Only 10 per cent of Guatemala’s population attends university. 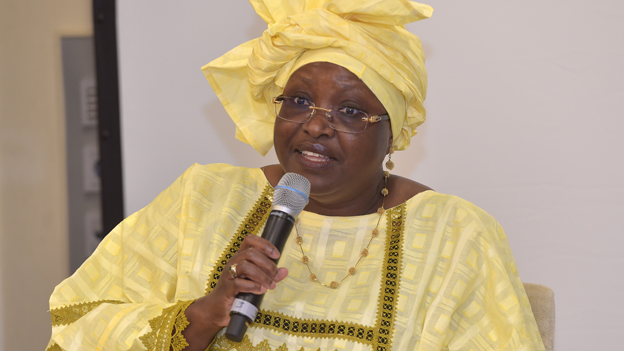 Dr Christiane Gaehtgens, who heads the Deutsche Gesellschaft für Internationale Zusammenarbeit (GIZ) educational programme in Ethiopia, took the view that support for the whole of society was required in order to achieve equality for women. “We need to reach the brothers and fathers,” said Gaehtgens. She observed that, from a pragmatic point of view, it was also in the economy’s own interest to promote growth and social participation, as ultimately each talent needed to be used. Dr Elizabeth Rasekoala, President of African Gong, the pan-African network for science and technology, recommended that the participants “stop apologising”. It was not about changing women, she said, but about changing the system.

Raising awareness among women and men

The dialogue between participants was not confined only to the discussion groups during the plenary session – break times also provided an opportunity for the participants to exchange views and information on role conflicts, patriarchal structures and their personal strategies to overcome these.“It is fascinating to see that these problems are similar all over the world,” commented Dr Claudia Segovia-Salcedo, part-time lecturer at Universidad de las Fuerzas Armadas in Ecuador, who presented her initiative in the form of a poster presentation, as did 19 other participants in Bonn. She began building a network for women in academia in March 2017 and this now has 40 members at 11 universities in Ecuador. Working together also helped when it came to sounding out policies, she said. “Discrimination is so deeply embedded in our society that many women simply do not recognise when they are being disadvantaged,” said Segovia-Salcedo. She explained that that was why she organised workshops on raising awareness among women and men – and had come to Bonn to take away something from the experiences of others.

The DIES department at the DAAD will use the outcomes of the conference to develop programmes that support women from developing countries as effectively as possible. Among the concrete recommendations was the positive experience from other countries of using funding to strengthen equality initiatives in a targeted way. The launch of the new DIES programme line is scheduled for 2018. A follow-up conference is already being considered, with the aim of further expanding the network.

The daad.de website is only available in English and German. However the DAAD is located worldwide with several offices abroad. Please visit the websites of our offices abroad for country-specific information also in local languages.

Filters are not set.