Addressing the effects of climate change together: group photograph during the CLIFOOD launch event at the University of Hohenheim

The German-Ethiopian Graduate School CLIFOOD focuses on urgent questions of the future. The findings of its researchers are very beneficial, especially in the region of East Africa affected by extreme drought. As part of the DAAD Bilateral SDG Graduate Schools programme, CLIFOOD explicitly emphasises sustainability, also by promoting partnerships based on equality.

Its dynamic economic growth rates meant Ethiopia was long considered a beacon of hope for Africa. However, the effects of very high fluctuations in climatic conditions present an acute threat to the country’s further economic development. For two years now, there has been a drought in the Sub-Saharan country with 100 million inhabitants. As a result, crops have withered and animals died of thirst, which is paving the way to a famine of enormous proportions. Climate change and food security have thus become the main challenges facing the country.

These are precisely the topics on which the German-Ethiopian Graduate School “Climate Change Effects on Food Security” (CLIFOOD) is focusing. The graduate school was established in autumn 2016 by researchers from the University of Hohenheim in Stuttgart, Germany, and Hawassa University in southern Ethiopia. It is part of the Bilateral SDG Graduate Schools programme with which the DAAD is funding cooperation between German universities and respective partner universities in Africa, Asia and Latin America. The programme is financed with funds from the Federal Ministry for Economic Cooperation and Development (BMZ). The graduate schools aim to contribute to realising the Sustainable Development Goals (SDGs) of the United Nations. 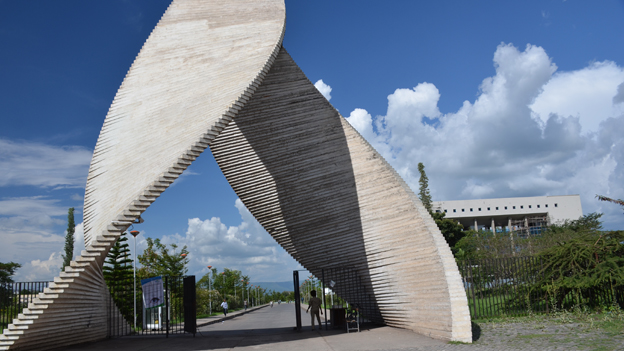 CLIFOOD was launched at the Food Security Center at the University of Hohenheim. “Ethiopia is suffering severely as a result of climate change. We want to use our knowledge and our network in Africa to help develop adaptation strategies for agriculture,” says Dr Jenny Kopsch-Xhema, one of the centre’s two executive directors. In Hohenheim, scientific input for the project is coming from professors in the Faculty of Agricultural Sciences and the Faculty of Natural Sciences. “It is fascinating to look beyond your own subject area in an interdisciplinary international partnership and contribute to an innovative research idea in the field of food security,” says, for example, Professor Petra Högy of the Institute of Landscape and Plant Ecology.

The search for adaptation strategies
The Borana region of southern Ethiopia has been especially severely hit by climate change. Families that keep the Boran cattle that are typical for this region are suffering because their livestock are emaciated, do not produce enough milk and can no longer be sold. “This transformation impacts the livelihood of livestock owners because their prosperity depends on it,” says Dr Sintayehu Yigrem, CLIFOOD Coordinator at Hawassa University. One of the doctoral theses within the graduate school framework at the two universities is examining adaptation strategies for feedstuffs for Boran cattle. For example, there are indigenous plants that are resistant to the influences of climate change and are eaten by cattle. The CLIFOOD researchers are identifying root crops that are adapted to the changed climate, such as potatoes and manioc, and developing suggestions on how farmers can farm their land appropriately. “This could offer farmers a long-term and sustainable solution for keeping Boran cattle,” says Sintayehu Yigrem. 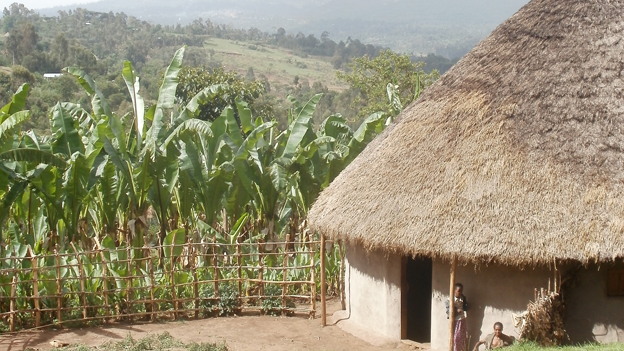 Ethiopian landscape: there is still hope of being able to successfully counter the catastrophic drought

A different topic is being studied by 31-year-old Markos Budusa as part of his doctorate at the University of Hohenheim. The geographer is investigating whether seasonal forecasting can contribute to an increase in food security. In particular, he is conducting research into the influence of El Niño and the Southern Oscillation (ENSO) on the predictability of droughts, floods, heat waves and storms. “This could help farmers to better prepare for extreme weather conditions,” says Budusa.

Lasting benefits for the region

The graduate school has been set up for four years, and during that time six doctoral students at each of the universities – in Hohenheim and in Hawassa – and two postdoc researchers are carrying out research on topics relating to climate modelling, new and more adaptable grain varieties, alternative crops and innovative farming strategies. In his doctorate within the CLIFOOD framework, doctoral student Assefa Tadesse is examining how livestock farming can be developed in a sustainable way. It is a subject that will keep him busy for a long time: “After completing my doctorate I would like to continue researching and teaching on livestock and food security in my native country Ethiopia and in other countries in the region of Sub-Saharan Africa.”

Workshops prepare the junior researchers for their later careers. From 20 November, for example, they are meeting with their supervisors and external experts at Hawassa University for ten days. However, they will not only discuss the latest research there. How do you write project applications? How do you manage a project? How do you lead a team of researchers? These questions are also important and help to advance the scientific careers of the young researchers. “After completing my doctorate I want to make the knowledge I acquired during my doctorate available to my home country,” says Markos Budusa. He wants to continue his research as part of the CLIFOOD project as an assistant professor at Hawassa University.

An eye on the future

CLIFOOD has also made a commitment to the development of e-learning. “We want to offer courses, lectures and other study materials on an e-learning platform,” says Sintayehu Yigrem. This makes sense because it enables knowledge to be exchanged between the two universities quickly and economically. This could also be useful for other doctoral students who do not belong to CLIFOOD directly. 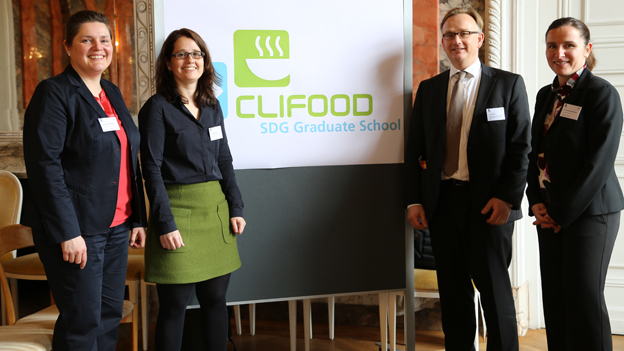 Even the administration at Hawassa University could gain long-term benefits from the new bilateral SDG graduate school. Training courses on coordination and financial management were also introduced with CLIFOOD. “Germany should not only be the donor and project administrator. We also have an interest in supporting the university administration with regard to international projects,” says Jenny Kopsch-Xhema. In the process, an approach is being pursued based on cooperation between equals: “We want to take our partners on board in every respect, because then research projects run more smoothly and, as a result, more successfully for both sides.”

No fewer than five ministers in the Ethiopian government are DAAD alumni. They head the ministries responsible for science and technology, for environment, forestry and climate change, for water, irrigation and electricity, for culture and tourism and for public enterprises.

Between 2005 and 2008, Minister of Science and Technology Dr Getahun Mekuria completed a doctorate at the University of Duisburg-Essen with a DAAD scholarship. Only recently, at the end of September, Dr Birgit Klüsener, Director of the Scholarships Department, welcomed Mekuria as head of an Ethiopian delegation that visited the DAAD in Bonn. The minister was accompanied by Dr Shumete Gizaw (Director General for Science and Technology Universities and Institutions), Abdulrezak Oumer (Director General for Technology and Development) and Sandokan Debebe (Deputy Director General of the Ethiopian Biotechnology Institute).

New possibilities
During the visit to Bonn additional future collaborations between Germany and Ethiopia were discussed, as well as the possibility of a new government scholarship programme. In addition, the DAAD arranged a meeting between the Ethiopian delegation and representatives of the Rhine-Waal University of Applied Sciences and the Technische Hochschule Ingolstadt, with whom memoranda of understanding (MoUs) were signed. Minister Mekuria visited his alma mater one day later and an MoU was also agreed with the University of Duisburg-Essen, among other things, in the field of high voltage technology.

The Ethiopian government is pursuing the ambitious goal of maintaining double-digit growth rates to become a middle income country by 2025. Accordingly, the vocational and further education of skilled specialists and the development of higher education are being pursued with the highest priority.