Centres of Excellence for Africa’s future 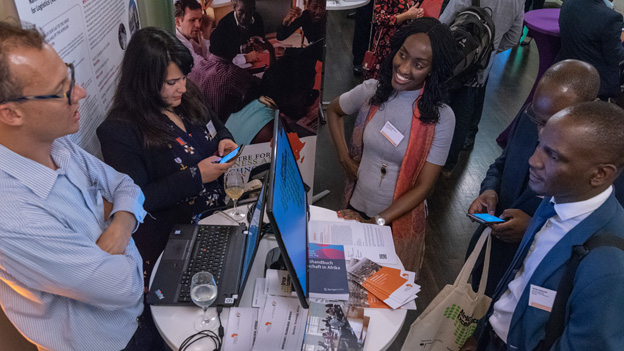 In dialogue: The network meeting of the Centres of African Excellence brought experts from different subject areas together in Berlin

On the occasion of the ten-year anniversary of the Centres of African Excellence initiative by the Federal Foreign Office and the DAAD, a large network meeting was held in Berlin. The South African Minister of Higher Education Naledi Pandor spoke of the ten Centres of Excellence with different orientations as a “foundation of enormous benefit”. The centres make it possible to train the future leaders of society, academia and business. 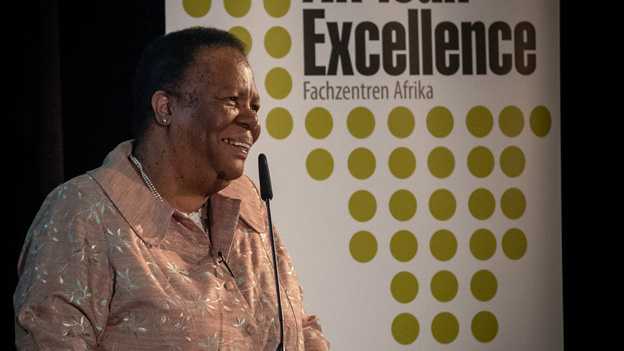 How can we make development cooperation successful? And what is the role of the education sector in that endeavour? Naledi Mandisa Pandor is an expert on these questions. She has worked as a teacher and lecturer, and for nearly fifteen years has been active as a minister in various cabinets of the South African government, mainly dealing with education and science. Currently she is the Minister of Higher Education. About higher education, she says: “I think one crucial factor is a long-term perspective. Countries must have the possibility to form their own institutional structures. And they need personnel to do that: a new generation of academics.”

Naledi Pandor’s analysis corresponds to the concept of one of the long-term German-African cooperation projects at the educational level, the Centres of African Excellence. For ten years, the centres have been synonymous with sustainable, internationally competitive academic training. From 10 October to 13 October, the joint initiative of the Federal Foreign Office and the DAAD celebrated its anniversary in Berlin, with Minister Pandor as the key note speaker. 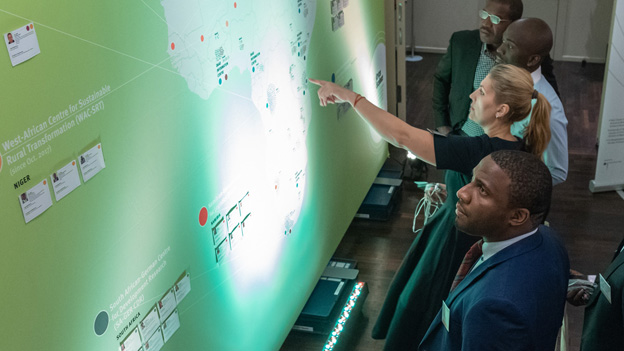 Sustainable network: the Centres of African Excellence focus on a wide variety of issues in Sub-Saharan Africa

There are now ten university Centres of African Excellence in Sub-Saharan Africa, which will allow the future decision makers to address specific questions with international networks. Each of the centres deals with the challenges of its own country. For instance, the Centre for Microfinance in the Democratic Republic of the Congo helps to support a weak banking sector with innovative financing models. In Namibia, the Centre for Logistics works on the government goal of modernising the nation’s freight transport system. Each of the centres in eight countries is supported by a German partner university.

“It is absolutely crucial that from the beginning, the collaborations were designed to transfer responsibility to the African partners as quickly as possible,” says Professor Margret Wintermantel, President of the DAAD. “Such sustainable development concepts are now in demand everywhere. I think we can be proud of having recognised the signs of the times so early on.” In order to guarantee this long-term effect of the centres, she added, it is now essential to plan the next steps. 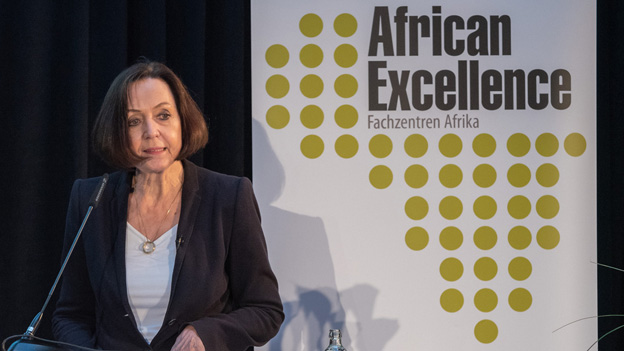 An eye on the future of the Centres of African Excellence: DAAD President Margret Wintermantel

The same was emphasised by Heidrun Tempel, Deputy Director-General for Research and Academic Relations Policy and Cultural Relations Policy at the Federal Foreign Office: “The tenth anniversary also brings a responsibility.” Tempel said what needs to be talked about now is a strategy of slowly “fading out” of existing collaborations. “Our goal should be to endow the centres with the competences they need to acquire new funding on their own.” In addition, it would be sensible to extend the initiative as a whole. “Africa deserves at least 20 of these centres.”

How well the concept actually works in practice is illustrated by the experiences of teachers and learners in Africa. Wilhelm Löwenstein, Professor at Ruhr-University of Bochum and Director of the South African Centre of Development Research, called for a change in perspective: “Anyone who thinks our know-how alone can turn highly talented people into highly qualified experts is suffering from a delusion.” It is essential, he added, to give the young academics the opportunity to interact with one another. Three young alumni from Kenya, Rwanda, and the Democratic Republic of the Congo confirmed: the greatest benefit was the opportunity to form networks.

During a discussion attended by Minister Naledi Pandor, DAAD President Margret Wintermantel and Heidrun Tempel, as well as Bundestag member Christoph Matschie and Christoph Kannengießer, Chief Executive Officer of the Afrika-Verein der Deutschen Wirtschaft (German-African Business Association), the potential of the Centres of African Excellence once again became clear. “This initiative is not just about research,” said Christoph Matschie, member of the Bundestag’s foreign committee. “It is about recognising that we are part of a global community, and about taking responsibility for one another. To do that, there is no alternative to such collaborations.” Christoph Kannengießer believes that the initiative is creating ideal conditions for long-term German-African economic cooperation. Not least because it helps to remove one of the largest obstacles to German investment in Africa: the lack of qualified personnel. 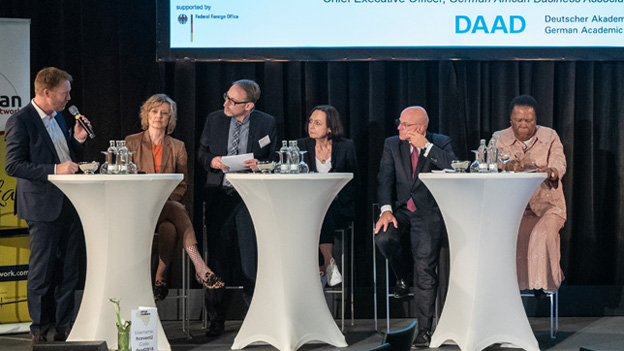 Minister Pandor was impressed by the “immense capacity” the DAAD and the Federal Foreign Office have built with the Centres of African Excellence initiative. “I see young academics from many different countries, even those that have previously been completely ignored by the worldwide research community.” And that, she added, is precisely what is needed to bring Africa forward. “The DAAD and Germany have built a foundation of enormous benefit. We as African governments now have to invest in these young academics and researchers.”