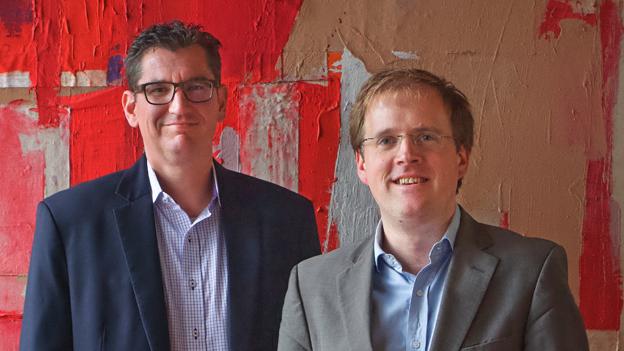 Initiated in 2015 and receiving ten million euros worth of European Union funding up until the beginning of 2019, the project SHARE aims to support harmonisation of the Southeast Asian higher education area – a second project phase is conceivable. The states of the Association of Southeast Asian Nations (ASEAN) are using the “Bologna Process” as their guideline in implementing SHARE. The DAAD is contributing its expertise through a European partner consortium run by the British Council and is in particular demand due to its expertise in the areas of quality assurance and qualification frameworks – both of which are key topics at a conference in Bangkok from 29 to 31 October being attended by high-profile delegates. An interview with DAAD experts Michael Hörig, Head of the Strategic Planning Division, and Marc Wilde, Head of the Section for Higher Education Management in Development Cooperation.

Marc Wilde: Over the last four years, the DAAD has joined forces in the ASEAN region with the European University Association (EUA) and the European Association for Quality Assurance in Higher Education (ENQA) to work especially intensively in two areas: the first of these is implementation of the qualification framework AQRF for the ASEAN states, which brings together the national qualification frameworks in the region and is cross-sectoral in orientation. Secondly, the DAAD has organised numerous events in the region to support establishment of the ASEAN Quality Assurance Framework (AQAF). The latter is another regional quality assurance framework that has largely been developed by the Southeast Asian ASEAN Quality Assurance Network (AQAN).

What exactly did this work involve?

Marc Wilde: For the first time in Southeast Asia, the quality assurance agencies themselves were assessed – in other words, controlling the quality controllers, if you like. And of course, the aim is to establish a uniform understanding of quality assurance within the higher education sector in the ASEAN region. This has to do with the way accreditation agencies are organised and the procedures they apply, for example. We were able to run this pilot project in four countries where solid quality assurance structures are already in place: Indonesia, Malaysia, Thailand and the Philippines. Over the last four years, we have also inspected the quality assurance systems of ten selected higher education institutions in the ASEAN region, based on ten principles as defined in the AQAF. The main focus here was to check whether the higher education institutions have suitable structures and processes in place in order to be able to ensure the quality of the courses offered, e.g. in terms of developing curricula and evaluating classes. 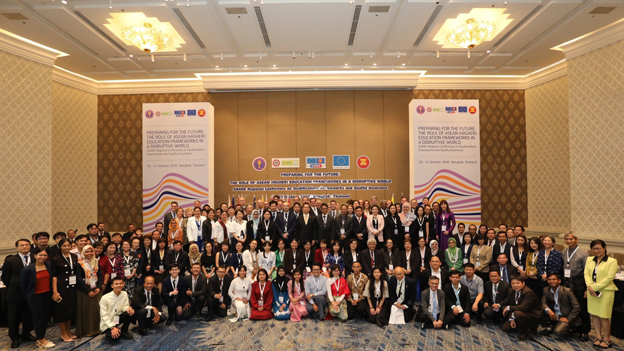 Valuable teamwork in Southeast Asia: group photograph at the start of the conference "Preparing for the Future: The Role of ASEAN (Higher) Education Frameworks in a Disruptive World" in Bangkok on 29 October 2018

Michael Hörig: SHARE has contributed substantially to expanding knowledge of educational systems in Southeast Asia. We have commissioned various academic studies – on the implementation of national qualification frameworks in the various countries, on quality assurance with the relevant case studies from the region and also on the structuring of degrees in the ASEAN region. One study is due to come out shortly in which we report on the various quality assurance methods and how these relate to the national qualification framework. Studies of this quality were not previously available in the region. Our SHARE events have also attracted great interest – we’ve been able to reach more than 1,000 participants in this way.

Michael Hörig: Yes, not least because in recent years we’ve provided professional development for multipliers, both in quality assurance and in the area of higher education reform, for example with a view to developing curricula geared towards specific learning objectives. Essentially, SHARE has enabled us to significantly strengthen collaboration between Europe and Southeast Asia. Experts at our events were always drawn from the two global regions in equal measure. We brought in specialists from Ireland, Hong Kong and New Zealand to engage in dialogue about a joint qualification framework with the ASEAN states, for instance. This shows that developments in Southeast Asia are being followed with interest worldwide.

Marc Wilde: Yes, but it's not just about knowledge production or knowledge management. SHARE is very much focused on the structural level. And the DAAD is very well connected in Southeast Asia: with the ASEAN University Network (AUN), the above-mentioned agency network AQAN and also the SEAMEO Regional Centre for Higher Education and Development of the Southeast Asian ministries of education (SEAMEO RIHED), with whom we have a close and longstanding collaboration in connection to our Dialogue on Innovative Higher Education Strategies (DIES) programme. The fact that the DAAD’s regional office in Jakarta is a pivotal SHARE protagonist is a good example of the fact that the DAAD is an active worldwide organisation involved in stimulating debate on a regional basis. With SHARE we’re pursuing this role very much in a European context: close cooperation with the British Council, Campus France and Nuffic from the Netherlands ensures that SHARE enjoys a high level of visibility and Europe is seen as a key partner. What Europe has achieved through the Bologna process in terms of harmonising the joint higher education area is definitely a powerful point of reference for our partners in Southeast Asia. 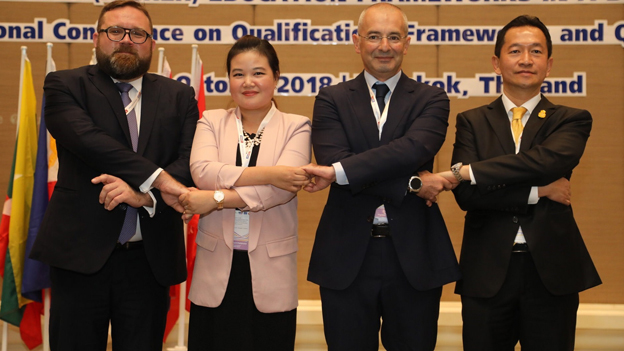 Can the European side take anything away from this exchange itself?

Michael Hörig: Absolutely. A partnership approach on an equal footing is crucial to the DAAD’s work – in fact it’s what makes lasting structures and developments possible in the first place. The area of digitalisation in particular shows that Europe has a lot to learn from its ASEAN partners. A country such as Singapore is making huge advances in terms of the digital development of society, especially in the higher education sector – this is ground-breaking for us Europeans, too.

What are the next concrete steps to be taken in connection to SHARE, either in terms of follow-up or continuation of the project?

Marc Wilde: One key aim is for the instruments developed within the context of SHARE to be used and perpetuated entirely independently by the Asian partners in the medium term. This would be something we would focus on in a potential second phase of SHARE.

Michael Hörig: One of the DAAD’s particular strengths within SHARE is our credibility as a reliable partner. We collaborated effectively with the organisations involved prior to SHARE as well and we will continue to do so in the future, regardless of what specifically happens next with SHARE. The major conference in Bangkok addresses upcoming challenges – lifelong learning, job market enablement of graduates and digitalisation. These are all issues that are equally important to the ASEAN states, Germany and Europe – today and undoubtedly in the coming years as well.