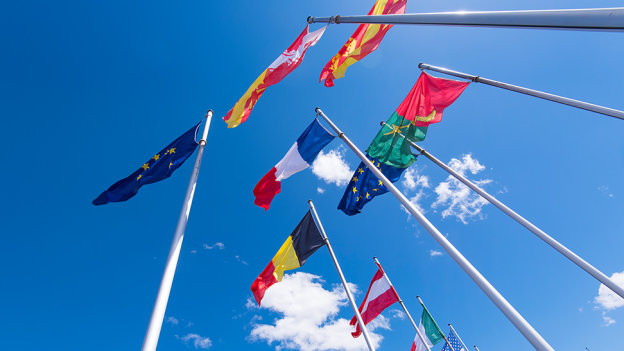 The EU Commission’s European Universities Initiative is designed to promote excellence, innovation and inclusion in higher education across Europe. 15 German universities are partners in the higher education networks selected in the first pilot call for proposals, among them Freie Universität Berlin and Johannes Gutenberg University Mainz. The DAAD is moreover supporting the German higher education institutions with an accompanying national programme in the pilot phase.

It starts with a vision: a  network of higher education institutions from various European countries forms a European university – a place for pedagogic innovation and excellent research at which students study in several countries and languages. This idea goes back to the keynote speech “Initiative for Europe” held by French president Emmanuel Macron at the Sorbonne University in Paris in September 2017. His proposal: to establish at least 20 European Universities by the year 2024. The EU Commission took up this suggestion and made the European Universities a flagship policy for the European Education Area that “will enable a new generation of Europeans to collaborate across languages, borders and disciplines to develop a strong European identity”.

15 universities are participating in the first round
Two years later significant progress has already been made towards achieving this goal. Following a first pilot call for proposals in October 2018, in late June of this year the EU Commission selected 17 alliances comprising 114 participating higher education institutions which will be provided with a total of 85m euros in funding for three years. In all, 54 applications from 31 Erasmus+ programme countries were received. The funded university associations include a broad range of higher education institutions, from universities of applied sciences through technical universities and art colleges to research-intensive universities. Among them are 15 German universities, which are involved in 14 alliances. The National Agency within the DAAD had advised many German institutions ahead of their submissions (only available in German language). The pilot phase is intended to test various models for a European university. A second pilot call for proposals is to follow in October 2019 before the Commission determines the final funding line as part of the future Erasmus programme in 2021. How many European universities will ultimately be funded with what budget is not yet clear – what is certain is that there will be far more than the 20 alliances suggested by Macron.

The term “university” covers all types of higher education institution. The European Universities Initiative is pursuing a long-term vision, for which the European Commission expects the following key elements to be implemented by 2025:

Partners involved in the FORTHEM alliance

The consortium builds on the close partnership between JGU, Université de Bourgogne in Dijon, France, and Uniwersytet Opolski in Opole, Poland. JGU already runs 30 joint Bachelor and Master programmes with the French university. In collaboration with Uniwersytet Opolski the three higher education institutions offer the tri-national Master's course “European Studies”, which is unique in Germany. In addition, Mainz is linked to Dijon by a city and regional partnership, and to the Opole voivodeship by a regional partnership. Four other partners with similar profiles and strong ties to their respective regions come from Finland, Italy, Latvia and Spain. 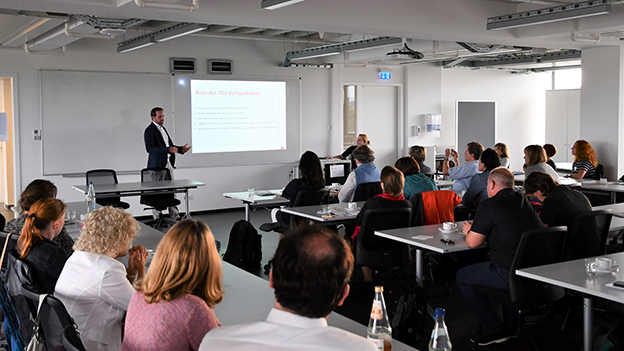 For the people
The call for proposals struck precisely the right chord for the seven higher education institutions: “Europe is in a state of upheaval, and we as educational institutions are charged more than ever with upholding European values and traditions and passing them on to future generations”, explains Dr Markus Häfner, director of the International Office at JGU. One key aspect of the FORTHEM alliance’s concept is promoting mobility while reducing bureaucratic obstacles within the network. Interdisciplinary FORTHEM labs are moreover intended to break new ground in teaching and research, offering researchers, teachers and students a place to explore questions of the future. An “outreach strategy” contains many ideas as to how universities and society can be better connected. Read as “for them”, the acronym FORTHEM indicates that the alliance is not an end in itself but offers added value for the people of Europe – for the members of the participating universities, but also for the citizens of the respective regions. Although the application period was fairly short, “we wanted to be among the first and not lose any time”, says Markus Häfner. “I believe that the European Universities must not be an exclusive club, but should instead produce a multipliable concept that sets the entire European Higher Education Area in motion.” And Professor Dr Stephan Jolie, vice president for learning and teaching at JGU and also FORTHEM representative in the president’s office, adds:  “What makes Europe historically unique are the shared values of openness and respect for the other, and this commonality is brought to life in the diversity of languages, cultures and regions. The European Universities have two tasks: on the one hand to reflect this enriching tension between commonality and diversity themselves, on the other hand to enhance this understanding and these values in research and teaching and pass them on to the next generation. Our network is itself a lived model and laboratory for the peaceful and productive exchange of people, ideas and cultures.”

At the heart of UNA Europa: Freie Universität Berlin
The partners at UNA Europa also immediately shared the enthusiasm for Macron’s idea and the realisation that higher education institutions must do more for the European idea. A German member of the EU-funded consortium is Freie Universität (FU) Berlin. “With the new UNA Europa network the FU aims to increase its strategic presence in Europe – complementing its strategic partnerships outside the EU. Most importantly however the FU wants to raise awareness of our common European identity and responsibilities, both among students and among researchers”, is how vice president Professor Dr Verena Blechinger-Talcott sums up the aims of her higher education institution.

Partners in the UNA Europa alliance

The FU was previously connected to these six partners through Erasmus mobility and several research cooperations of different types and intensities; there were however no strategic contacts. The concept of the alliance focuses on four core topics, for which it aims to develop common teaching and research formats: European studies, cultural heritage, sustainability and data science.

With great enthusiasm
In light of the short application period, agreeing on four common topics was a challenge, reports Dr Herbert Grieshop, head of the International Department and the Center for International Cooperation at FU, adding: “But I have rarely seen a process for which there was such great enthusiasm. If all parties are willing, many obstacles can be overcome.” Having in Katholieke Universiteit Leuven a project coordinator with significant experience in submitting European proposals was also a great advantage, he says. After succeeding in the pilot call for proposals, the partners are now entering the implementation phase, which vice president Blechinger-Talcott sees as a dynamic process in the course of which the partners achieve growth together: “It’s not about creating a standardised European university by 2025. Rather, we want to establish a facilitation platform that allows everyone to experience the diversity of the European higher education landscape.” UNA Europa was not only successful in Brussels but has also already been able to acquire three further EU projects in the context of the alliance. “We have noticed that this network really has the effect of allowing us to collaborate in a wide range of areas beyond our proposal – from supervising postdocs to further training in the field of intercultural learning”, says Herbert Grieshop. “We’re already in the middle of it.”