“We have to take a rational approach” 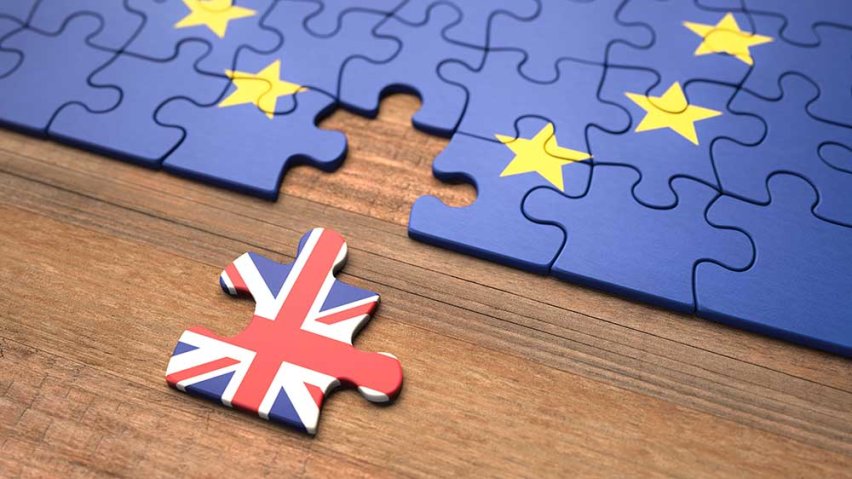 After Brexit: What does the future hold for scientific co-operation and exchange between British and German universities? Which strategies will prove key? Prof Sally Mapstone, Principal and Vice-Chancellor of the University of St Andrews, and Prof Eva-Maria Feichtner, Vice President International and Diversity at the University of Bremen, explain their perspectives and ideas. Both participated in the DAAD expert panel “The New Normal after Brexit” in March 2021.

Prof Mapstone, Prof Feichtner, when did you personally start preparing for Brexit – and what were the first questions you had to deal with?
Mapstone: We began preparing for Brexit right away, the day after the referendum. For four years now we’ve had a “Brexit Preparedness Committee” where staff, faculty, and students have been able to work out strategies as an answer to possible developments with impact on our university – foremost among them international relations. One of our key questions was how to handle the  discontinuation of Erasmus+ and its replacement with the Alan Turing program.

Feichtner: When I joined the university management in October 2017, I very quickly intensified our co-operation with Cardiff University, where we’d wanted to establish a research-relevant collaboration for some time. With Erasmus+, collaborations were widely dispersed but not particularly deep. Knowing that this will need to be redesigned after the discontinuation of Erasmus+ in March 2023 has strengthened our motivation to focus on select partners.

Mapstone: To some extent, I would agree that existing relationships are important. For example, St Andrews has a close partnership with the University of Bonn, which has been established before Brexit and will most certainly continue. But I see no reason why Scottish, British, and German universities should stop building new partnerships now because of Brexit.

What will the fundamental changes be in your collaborations? The fees?
Feichtner: Ultimately, the fees have increased so much that, in the absence of federal financial aid programs, they’re now out of financial reach for a large percentage of students. Perhaps we can still negotiate one or two university placements within the framework of cooperation agreements. We need to think about what we want to offer British students and how to become more attractive. It will most certainly also be a matter of placing to bring specific cultural experiences even more to the forefront. In my opinion, that is a key aspect. 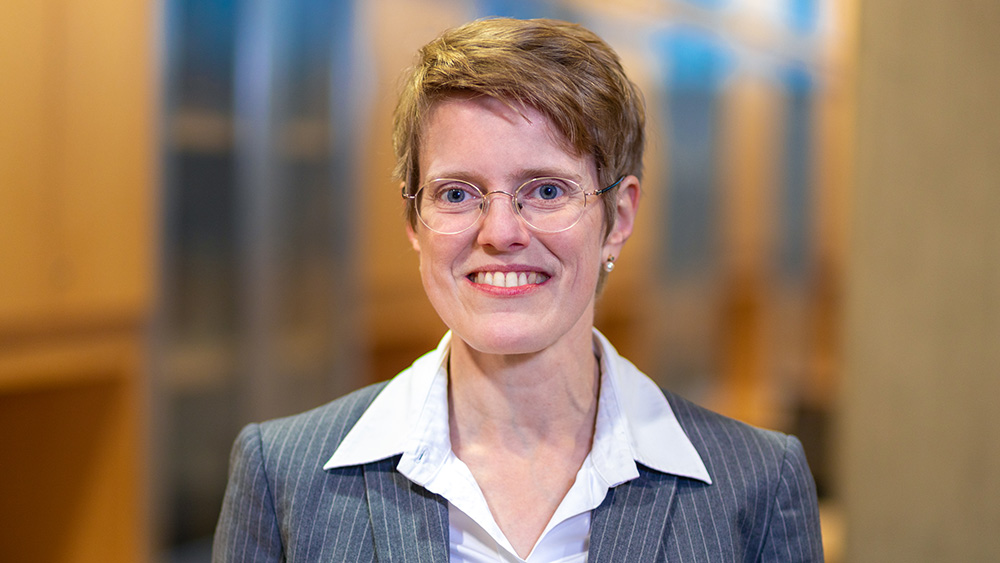 Prof Eva-Maria Feichtner, Vice President International and Diversity at the University of Bremen

What might that look like in practice?
Feichtner: For instance, our economists offer interesting summer labs for international students from select partner universities, such as Coventry University in England. These labs include a combination of study programs in English, German language instruction, and cultural programs, as well as practical experience in regional companies.

Mapstone: It will be a task for universities in the United Kingdom to allow students from Europe to visit, which we consider very important and desirable. That’s where we, as Scottish and British universities, need to develop good solutions. Some things are going to become more difficult. But we hope that the reputation of UK universities will continue to ensure that our European, and especially German, partners find it worthwhile to build relationships that enable exchanges with the UK. 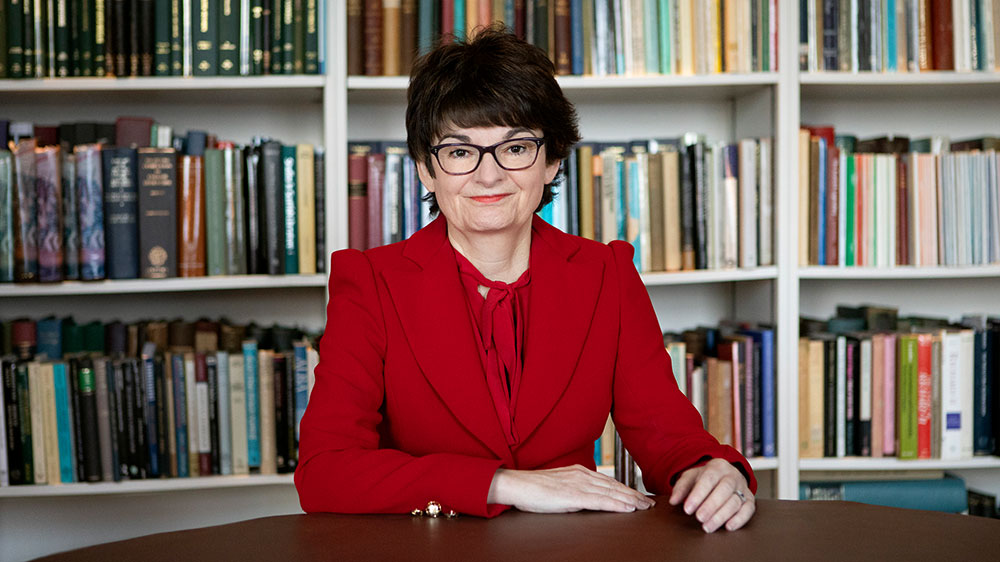 Prof Sally Mapstone, Principal and Vice-Chancellor of the University of St Andrews

What are your hopes for the Alan Turing program? Can it compensate for the loss of Erasmus+ in certain areas?
Mapstone: The Alan Turing program aims to promote primarily English-speaking and global connections, while Erasmus+ is primarily focused on Europe and has an emphasis on language learning – which I consider very valuable. On the other hand, the Turing program will also allow for shorter exchange stays and thus be available to more groups of people than Erasmus+.

Feichtner: Yes, that’s an asset that doesn’t get brought up often: the new possibility of short-term stays.

Is there a danger that Brexit will see a decline in internationality in education and research?
Feichtner: Not necessarily. I think we can facilitate experiences we didn’t have before, through an intelligent mix of real exchange and digital collaboration. Perhaps this will lead us to other modalities of scientific exchange. That won’t hurt science. Accelerated by the pandemic, virtual formats make participation in scientific life accessible for a broader audience. Suddenly, travel budgets and other barriers to mobility don’t play the same role as they did five years ago.

Mapstone: I agree with Prof Feichtner on that. As far as co-operation is concerned, from my point of view we’re talking about a very long perspective: The University of St Andrews was founded in 1413, and over the centuries many of our academics have received their education not just in England, but also in places like Paris, Cologne, or Amsterdam. I think it’s incredibly important to see that temporal connection. Many of us regret leaving the European Union, but I don’t believe that relations between Scottish, British, and especially German universities will be seriously hurt now.

Prof Mapstone, could the changes in Erasmus+ and the Turing program shift your university’s focus more towards the US, Canada, or Asia?
Mapstone: I don’t think there’s ground for that kind of re-orientation. European universities will remain our close partners, for geographical reasons alone. We as a university have had extensive relations with US for a long time. But I think it would be a mistake if, as a consequence of Brexit, we willingly severed our ties with European universities, which are natural partners for us in so many areas. Take our long-standing strategic partnership with the University of Bonn for instance, which includes successful student and employee exchanges and, since 2018, joint research programs at all levels on the topic of sustainability. We had our first joint event in Brussels in November 2020 (virtually, of course). We plan to intensify this cooperation after Brexit.

Prof Feichtner, what can the Competence Center for International Scientific Cooperation (Kompetenzzentrum Internationale Wissenschaftskooperationen, KIWi) contribute in this context?
Feichtner: It can provide support when a university wants to establish a co-operation. The German Academic Exchange Service has always offered advisory services, and they are very helpful. KIWi can fuel even more networking among universities and bring them together – like when a university wants to devote special attention to a region or country.

The cultural connection between Germany and the United Kingdom adds a very emotional component to the whole Brexit process. Do you agree?
Feichtner: The cultural aspect is very important: We have to be careful that a course of study doesn’t become completely detached from the place, especially because lectures and doctoral programs are already regularly held in English. So what does it mean today to study in Amsterdam, Warsaw, or Bremen? Universities can and should do a lot in this area, especially after Brexit: From welcome language offerings to cultural events to special events for international students, there are a lot of things we can do to make ourselves more attractive.

Mapstone: I think it’s difficult to imagine emotions not playing a role in this. But our approach to Brexit has to be rational. And universities are obligated to contribute to these close relationships, to facilitate exchanges and maintain this incredibly important cultural connection. That’s the most important thing for me, personally.