„More than one would have dared to hope for” 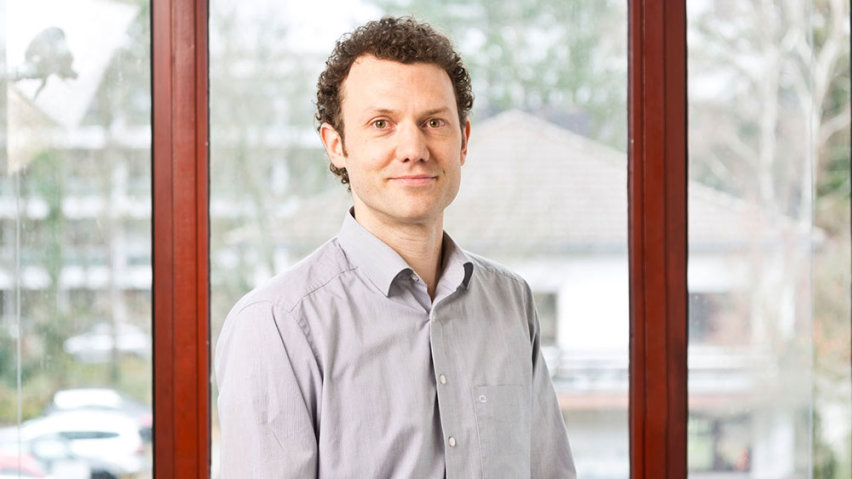 This year, the DAAD once again conducted a snapshot survey in the first half of December on the enrolment figures of international students in the current winter semester. 158 of 268 member universities of the German Rectors' Conference (HRK) took part. Three questions to Dr. Jan Kercher, DAAD expert for internationalisation studies and statistics, who explains the results.

Mr Kercher, based on a survey of German universities, the DAAD is forecasting a significant increase in the number of international students despite the current pandemic development. How can that be explained?
These are indeed surprisingly pleasing figures, at least 330,000 international students are more than one would have dared to hope for in the summer. To be able to explain this, you have to bring to mind that the pandemic situation was still different between July and September, at the time of the application and admission of the current first-semester students. This means that significantly fewer students probably had problems entering Germany this winter semester than last year. In addition, many higher education institutions in Germany again offered an online enrolment service this year if students were not yet able to be on site at the start of the semester.

But there are more reasons that explain this significant and pleasing increase in numbers. For one thing, the numbers of guest and exchange students who come to Germany for only one or two semesters have recovered very quickly after a significant slump in the previous year. Here, almost half of the German HEIs report rising numbers and only a good quarter report further declines. This was to be expected, because most of these students come from Europe and travel restrictions did not play a role here at the beginning of the winter semester.

Another important reason is that there is also a positive trend among international Master's students seeking a degree in Germany. In the Bachelor's programmes, on the other hand, we probably have the problem that last year, due to travel restrictions, significantly fewer prospective international students were able to start preparing for their studies at a German preparatory college, a so-called “Studienkolleg”. This is now resulting in declining first-semester numbers. In the previous year, we had benefited from the fact that many prospective students had already started preparing for their studies in Germany before COVID-19 hit. Therefore, the pandemic had only a minor impact on the number of first-year students. The numbers in Master's programmes are therefore much more directly influenced by the course of the pandemic than the numbers in Bachelor's programmes, where we always have a certain delay in the development.

What other developments are evident in the survey data?
This year, for the first time, we also asked about the developments in the ten most important countries of origin of international students. There are clear differences here in terms of newly enrolled students. The HEIs report an increase especially with regard to Turkey, Iran, India, Italy and France. For China, Syria and Cameroon, on the other hand, more HEIs report a decrease in numbers. It is important to note that these developments are not solely an impact of the pandemic. In the case of Turkey, for example, there is a clear increase in the number of students with a refugee background. And the decreasing numbers with regard to Syria is also nothing new, since most of the prospective students who came to Germany in 2015 or 2016 have already started their studies during the last few years.

It is also interesting to note that – compared to our last survey in 2020 – a significantly larger proportion of the surveyed HEIs reported that almost all international first-year students – that means at least 90 percent – are already in Germany. A year ago, this was true for only 40 percent of the HEIs that took part in our survey. Now, at 63 percent, this applies to almost two-thirds! However, the survey data also show the worsening pandemic situation: 31 percent of the HEIs had started the winter semester with only in-person teaching, but in December this share had fallen to only 7 percent. At the same time, the share of HEIs that rely exclusively on digital distance learning has risen from only one percent to 14. The vast majority of German HEIs, however, have relied on a hybrid model of in-person and distance learning from the very beginning of the winter semester.

We now also have experience with the survey from last year. The response rate was very similar, and most of the HEIs that participated this time were the same as in 2020. This means that we are now in a better position than a year ago to assess how meaningful the sample is for the German HEIs as a whole. For this reason, we have deliberately no longer given precise values for the projected student numbers, but a range of possible values. This is because, despite the good response rate, we naturally cannot say how the numbers have developed at the HEIs that did not participate in the survey. So we have deliberately made our forecasts cautiously. This means that even if the development at the HEIs that were not surveyed turned out to be significantly more negative than at the HEIs that were surveyed, our forecasts should still be correct. Anything else would surprise me.