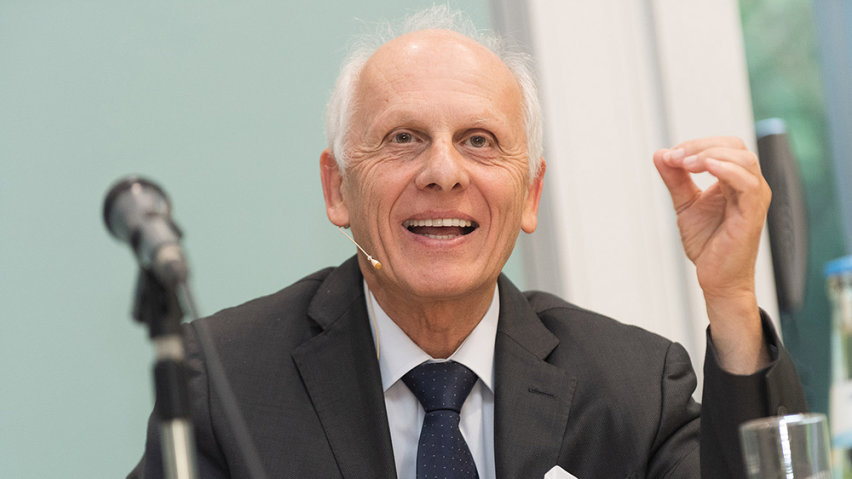 Since early July, many DAAD alumae and alumni have been sharing what their DAAD funding means to them, using #IgotFundedByDAAD. One former DAAD alumnus initiated the hashtag, now more than 1,800 tweets with it can be found online. In more in-depth testimonials, a few former scholarship holders have since been expressing how their DAAD scholarship influenced their professional and personal development. As a finale of this series, read a statement by Dr Jamil Salmi, a global tertiary education expert who has been advising governments, universities, and others worldwide for more than 25 years. He told DAAD Aktuell about the importance of international scientific exchange and universities in the light of current crises.

My personal and professional experience is that having a scholarship to study overseas is a life-changing experience. Not only because of the professional training and intellectual experience, but also because of the experience of living in another country, visiting another institution, and meeting other people. And increasingly today, if you go to a university in a foreign country, for example a German university, not only will you meet German students, but also students from many other countries and regions of the world, and sometimes even foreign professors, and that really opens the mind. You learn to be more tolerant, to appreciate different cultures, and you also learn about your own culture, which is a very positive experience.

But beyond that, it’s important to think about your contribution when you return to your own country. And there is one thing that has always struck me in a very positive way about DAAD, compared to other bilateral donor agencies: For many decades, DAAD has been very careful about making sure that students and professionals who return to their country would not only go back as individuals, but would have the opportunity to make a positive contribution to their institution back home. DAAD has always been sensitive to the institutional impact that this could have. So, for example, a scientist who returns with new knowledge and experience, can work in his or her institution with more than just his or her scholarship, the new graduates can get resources from DAAD to apply they have learned; they don’t need to operate in isolation, but keep engaging in their research and be able to cooperate with their former supervisors.

I have the sense that DAAD Alumni within a country have a strong network which is also very helpful: to pursue professional goals, and to do projects in your own country, beyond what you can achieve as an individual or within your institution. And during the pandemic we have seen how important these networks are, within countries, but also internationally. They have helped people overcome the many challenges that they’ve experienced during the pandemic, personal- and professional-wise. Those networks kept them going, not only in their teachings or research, but also in finding solutions in professional settings, other than in academia.

In the face of the current crises, it is easy to play the blame game, to blame the others, and to retreat into isolation. But the role of universities in terms of critical enquiry is even more important these days. I see it in the US with political polarization, I see it in the UK with isolationism as a result of Brexit, and we’ve seen it during the pandemic: There has been a rejection of science, rejection of evidence and an inability of distinguishing between fake news or conspiracy theories and the truth.  That makes the experience of going to university, where you will be exposed to critical thinking, problem solving, and doing scientific research, even more important today. Our planet is really in a very bad shape today, in a way that maybe only our parents experienced during WWII, not to mention the dire impact of climate change. There’s so much we have to face. Acquiring a scientific mind, and being a professional, and being a professional with ethics, those are also parts of the experience of studying abroad.

One of the challenges I have seen in many countries is the hostile reaction towards academics who would step out and intervene in public politics. However, the element of being present in terms of culture and science is very important in order for society to realise how important it is to have universities. Freie Universität Berlin, for example, has a strong presence in the community and the city of Berlin, through public lectures, its museums and the Botanical Garden that are open to the public. This is just one example of the very important role that universities play. Universities should not be trying to say: ‘Look at me how great I am’, but in terms of: ‘Here is what I can contribute to society’. McGill University in Canada, for example, has for many years organized a week of science dissemination for the public, for the dissemination of scientific ideas, in a fun way, and that’s a very important function that universities can play. Some are doing it, and others should to more of it, to reach out to the public, to remind us of the progress of culture, science, and knowledge.

In many countries, I’ve been observing the impact of COVID on universities, and I think that universities can be proud, by and large because they have really stepped up in helping society: Not only by producing equipment, tests, supporting the research on vaccines, but also in explaining what was going on. It is very important to be honest about what we know. And that’s tricky, because the public will say: “If you don’t know, we don’t trust you.” So, you need to speak with determination, but keep being open about what you know and what you don’t know and explain why there is uncertainty. And we need to accept that in today’s world there is much more uncertainty, it’s much more complex. What is happening right now is very well described by the concept of VUCA: Vulnerability, Uncertainty, Complexity, Ambiguity. It’s a concept that political science analysts used after the cold war, but which is very relevant today.

Everybody wants to go back to normal times, but these are our normal times now - they are much more complicated and challenging, and universities have a big role to play in that context.  Not only collaboration between universities, and the people who are at these universities, but also universities reaching out to their community. Being more involved with municipal authorities, NGOs and firms, is more important than ever.

Dr Jamil Salmi is a global tertiary education expert providing policy advice to governments, universities, and development agencies, with experience working in more than 105 countries all over the world. Until January 2012, he was the World Bank’s tertiary education coordinator.